Passing of an Icon. 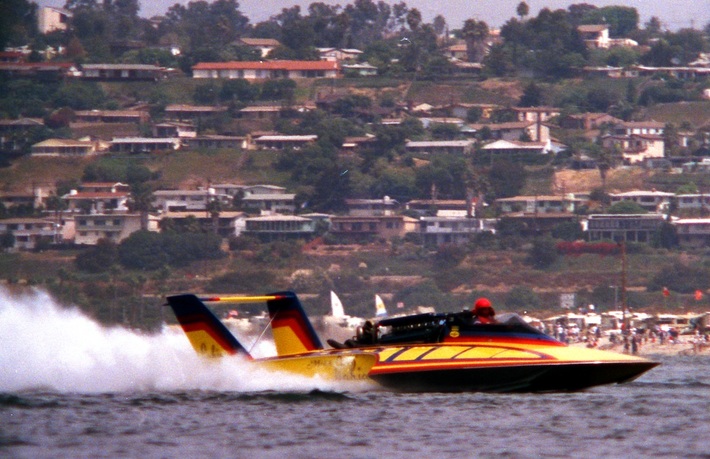 Bob Patterson, a long-time resident of Van Nuys, California passed away on May 22nd.

After a recent fall, Bob was hospitalized for a short time. A Navy veteran of the Pacific Theatre(his nickname was Spider) during the Second World War was 95. On the unlimited-side of things, he was a member of the 1956 Hawaii Ka’i III crew doing installation work on that hull. Owner Edgar Kaiser wanted him to remain with the U-8 racing team, but he declined the offer. Bob just could not put up with the soggy cloudy weather of the Puget Sound-area.

For Seattle race fans, he will be remembered for pulling into the Stan Sayres pit area in 1970, his first event as an unlimited owner, towing his U-80, which he built in 1967 as the Parco O-Ring Miss off of Chuck Hickling’s blueprints, with a 1940’s bright-red Beverly Hills fire engine, to that very colorful paint job years later, and to winning on his home waters of San Diego’s Mission Bay in 1986. But, from the highest of highs to the lowest of lows at the following race on the schedule, the boat found the bottom of Lake Mead.

Bob’s real claim to fame in Marine Racing will always be his mark in the Cracker Box Class. He began building his first boat in 1949, competing at Long Beach the following year. Over a period of time, Bob was thrown into the drink five times from Cracker Boxes, and once from an SK craft. Through the years he built around a dozen Cracker Boxes and other classes of racing crafts. He once made a promise to his mother, which he kept: would never get behind the wheel of an unlimited. Bob was most proud of saying that not a single one of his drivers EVER GOT HURT driving that U-80 hull. He is survived by a younger brother, Tom, also in his 90’s! At a later date this coming year, a memorial service will be held in Southern California.

Thank you in advance for your time & interest in my project. 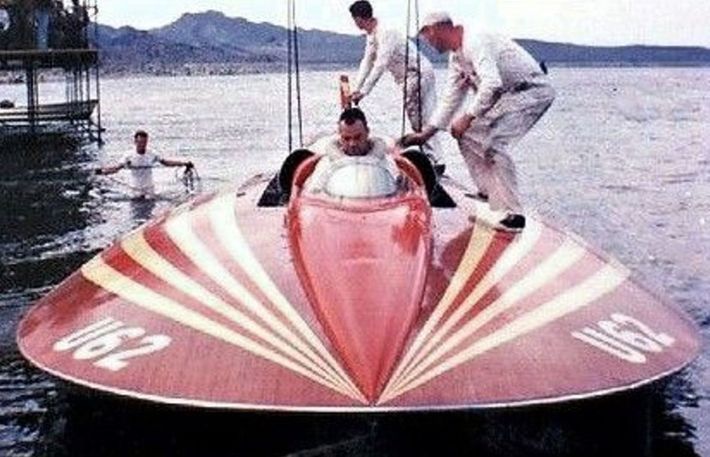 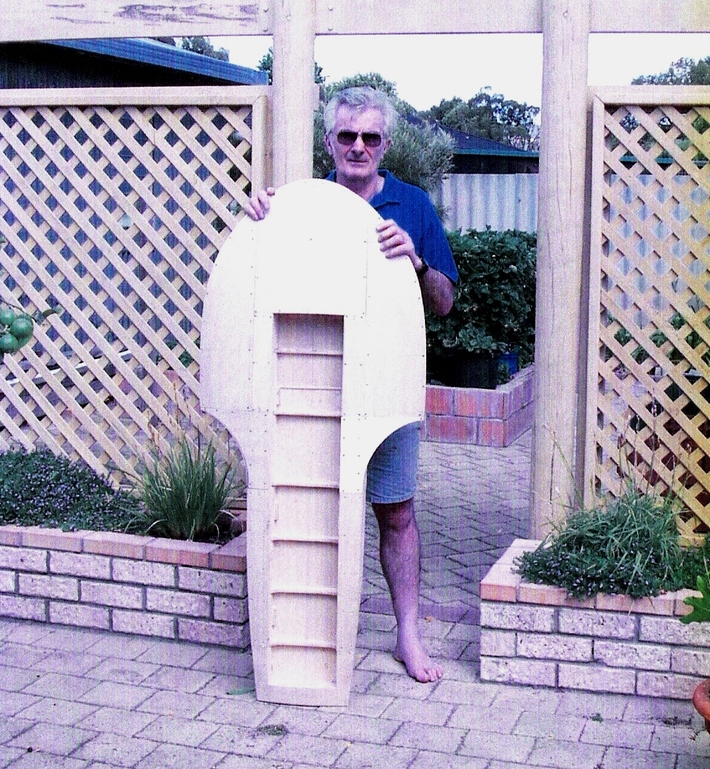