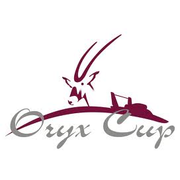 The Oryx Cup was founded in January 2009 when H1 Unlimited and the Qatar Marine Sports Federation (QMSF) reached an agreement to have the final race of the 2009 H1 Unlimited hydroplane season in Doha, Qatar.