In the seven years since he stole a Czechoslovak airliner loaded with furiously reluctant passengers and treetopped his way to freedom, 30-year-old Miroslav Slovak has pursued such a variety of careers and diversions that he has sometimes seemed headed several ways at once. This week in Seattle he will be involved in two very different and important causes in his fast, full life.

On Lake Washington, Slovak will again be at the wheel of the beautiful, powerful Miss Wahoo, running against a bellowing pack of unlimited hydroplanes for the Seafair Trophy. Though he never raced boats until four years ago, Mira holds the highest average speed for a completed race and is rated one of the two top drivers on the unlimited hydroplane circuit. The day after the Seafair race, battered and bone-weary, Slovak will take his final test for U.S. citizenship. If the pounding on the race course does not shake all the U.S. history out of his head, Slovak should pass. 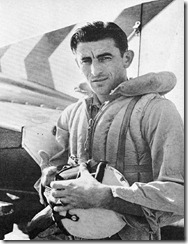 One of top two hydroplane pilots, Slovak has been racing only four years.

In any case, testing the Americanization of Mira Slovak is at this point only a formality. For some time now he has been making his own way, but without letting the cozier aspects of the "good life" stifle his sporting soul. After coming to the U.S., he supported himself for a while flying as a crop duster, and now earns a living at the relatively staid job of copilot for Continental Airlines. His off time, when he is not racing in Miss Wahoo, is given over to what he thinks of as humdrum pursuits - stunt flying, soaring, snow skiing and water skiing.

Slovak has a thick shock of black hair, protruding ears, an eager-to-be-liked grin and a way of talking that is sometimes eloquent but still marked with rich, cockeyed idiom ("let things go as they come"). These attributes, coupled with his taste for danger and his proved competence at the wheel, have made him a popular driver among spectators east and west.

At Seafair a good portion of the 200,000 lining the shores and the log boom surrounding the Lake Washington course will be rooting for Slovak as he winds up Miss Wahoo's Rolls-Merlin engines and charges across the water. Most of those who aren't for Slovak will be for his rival, Bill Muncey, in Miss Thriftway. Wahoo and Thriftway are popular and logical favorites against a field that also includes Kol Roy, Miss Bardahl, Miss U.S.I, Miss Burien and Miss Seattle Too. Thriftway holds the world record for a time-trial straightaway run (192.001 miles an hour), so Miss Wahoo's chances depend considerably on Slovak's skill and calculated recklessness.

In the eyes of one rival driver, Slovak is either "the grittiest guy on the water or the goofiest." To Miss Wahoo's owner, Bill Boeing, the tall, soft-spoken son of the founder of Boeing Airplane Company, Slovak was the first - and remains the only - choice to pilot his boat - "an ideal man because he is not foolish. He's had good training and has a fine feel for the boat." Boeing recently gave a further reason. "I want a bachelor in my boat," he admitted, "not a driver with a distraught wife on shore and a bunch of kids waving Daddy goodby. When Slovak quits, so does Wahoo. They'll finish together."

They may. Unlimited hydro racing at more than 150 miles an hour is dangerous business. Lou Fageol retired after puncturing a lung in a 70-foot flip; Joe Taggart broke an arm and two legs and retired; Jack Regas retired after a severe brain injury. Bill Muncey has had two memorable close ones: an earlier Miss Thriftway disintegrated under him, and another lost a rudder and rammed a Coast Guard boat, leaving Muncey shaken and bruised and lucky to be alive.

Mira Slovak's zest for hazard and his joyful compulsion for passing other boats comply with Boeing's all-or-nothing racing philosophy. On the wall of his trophy room hangs a picture inscribed by the late Stan Sayres, owner of Slo-Mo-Shun IV: "The original Gold Cup rules stated that it was a sport for gentlemen and their runabouts. Today there are few of either." Since his driver, Mira Slovak, and his pit men serve without pay, Bill Boeing's hydro team is closer than most to the original concept.

"You couldn't throw a blanket over all the varied interests in racing today," Boeing observed recently. "The commercially sponsored boats are under great pressure to win, so they enter all the races. The community-backed boats have to compete wherever they can because of their contributors. We have nothing to sell. We can pick our spots and race for the fun of it. But when we do race, there is no letup."

Since Ted Jones designed her in 1956, Miss Wahoo has won only three of her 15 races. Her record is dotted with sixths, sevenths and eighths. Brilliant laps bring her in first in one heat, and the next heat mechanical failure adds up to a dismal "did not finish."

"We could play it sale and pile up our points," Boeing says. "Our overall record would look better." Since it is the mutual inclination of Boeing and Pilot Slovak to go all-out, Miss Wahoo often ends up with a sprained engine part, limping in the ruck.

Start of a feud

Slovak and Bill Muncey were once friends. Now they despise each other. At their first meeting of the year, the Lake Chelan Apple Cup last May, the Slovak-Muncey rivalry boiled up and spilled over onto the sports pages. Muncey said that Slovak deliberately "washed him down" in the first heat by directing Miss Wahoo's high rooster-tail wake into Miss Thriftway's cockpit, trying to blind Muncey rather than beat him. Slovak scoffed at the accusation. In the second heat, with Miss Thriftway running wide and about to pass him, Slovak took Wahoo sharply out, right across Miss Thriftway's bow. Muncey won the heat anyway when Wahoo's engine failed, but victory didn't cool him off. "I'd have run him down if I hadn't backed off," rasped Muncey to reporters later. "I have a wife and children. Slovak's a bachelor. Maybe he doesn't care." 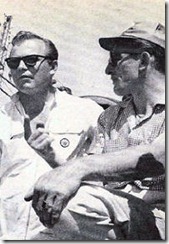 Slovak suggested that if Muncey was worried about his family he should quit racing, but added that he was "disgusted and sick" after the Chelan rhubarb. "I say we're in racing for fun. When the fun goes, I want to get out. I was wrong and I knew it. It was dirty, but he was dirty with me, so when that happens, I say, 'O.K., smell it yourself.' I'm not proud about it, but I did it. I could say it was an accident, I could say I couldn't keep the boat tight on the turn. But no, I did it on purpose."

Like most drivers who have a proper respect for the thousands of man-hours used to prepare a hydroplane, Slovak regards himself as no more than another skilled technician, a human extension of Miss Wahoo, another equally destructible part. "I will push if I get pushed," he has said. "The driver is disposable. Is that the right word? Expendable? Yes, that's it?expendable."

While the excitement of hydro racing seems to impel him to compete savagely, Slovak is an eminently careful commercial plane pilot; he crammed intensively for his citizenship test, reads aviation journals constantly and is genuinely appreciative of literature and music. He has courted a number of attractive girls in the Northwest, but avoids the "pit lizards," the female hangers-on at the race course. He lives high as he can on a modest budget, keeping a Ford Thunderbird and a 14-foot Chris-Craft (for water skiing) in Denver and a Ryan stunt plane in Seattle.

Slovak owes his safe passage from Communism to an early attraction to machines and speed. As a teen-ager he tried to build a plane in his yard, and at 18 was among 105 candidates out of 3,000 applicants accepted for the Czech air force. A year later the Communists took over. Slovak was made a pilot for the Czechoslovakian airline?at 24 he became the airline's youngest captain, but he didn't like his life.

"I saw friends disappear, property gone, a place full of betrayal and informers," he says. "I thought if I stayed I would be shot or in prison. I don't know."

So he planned a getaway. At 7:20 one March evening in 1953 he cleared his Douglas C-47, with 25 passengers aboard, out of the airport at Prague and headed off on a routine course to the city of Brno. Three of Mira's passengers had come aboard to escape with him. After climbing to altitude, Mira handed the controls to his unsuspecting copilot. He sauntered back among the passengers and invited his confederates forward to the pilots' compartment.

The three quickly overpowered the crew and locked them in the baggage room. Slovak snapped off his running lights and quickly dropped the plane to "zero altitude" to avoid radar detection.

The furious and frightened passengers pounded on the door. Mira pulled back on the stick and then shoved it forward, a stunting maneuver which rattled his passengers around like dice in a cup. The passengers remained quiet thereafter. Slovak brought the plane down gently two and a half hours later at an American base in Germany.

Refuge in the U.S.

He spent the next five months being whisked around Frankfurt. He answered the endless questions of Allied intelligence officials in Washington, then finally was allowed to slip into civilian life. He went to work for Central Aircraft, a crop-dusting outfit in Yakima, Wash., and spent two gypsy years dusting the western U.S. and Mexico. In 1956 he was working as Bill Boeing's private pilot. That year Boeing decided to build an unlimited hydro. Although Slovak had no experience in hydroplanes, he took it out and, from a field of 11, was selected as driver. Lou Fageol taught him the famous split-second Fageol "flying start" - a method of check-pointing the hull's progress with stop watches to hit the starting line at full throttle a scant fraction of a second after the gun. From Ted Jones, Slovak learned the difficult art of cornering, the proper way of hitting a turn at 130 miles an hour and coming out at the angle which minimizes loss of acceleration. 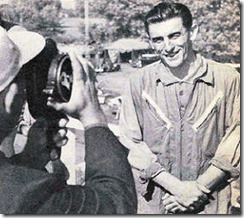 Today Slovak talks vaguely of retiring from hydroplane racing but in the next minute confesses that he applied to drive the ill-fated jet hydroplane Tempo-Alcoa that Bandleader Guy Lombardo backed to break the world speed record. "Why? That is a good question. I don't know why I want to go faster than anybody. I get scared to death. It's like Russian roulette, where I will stand the best chance of getting one thing - killed. So I ask myself, and I don't know." Slovak is, above all, well aware that Muncey is much the same sort of willing gambler behind the wheel. While he has no love to waste on Muncey, Slovak acknowledges his rival's talents without reservation. "He is the best," Slovak insists, "the greatest. Muncey can't take defeat. That's what makes him great."

However, Slovak has no doubt he will make Muncey accept defeat this week. "I'm going to drive within the rules," Slovak says. "If they don't like my driving they can tell me, 'Get off the course.' Until then, I will drive like I drive."