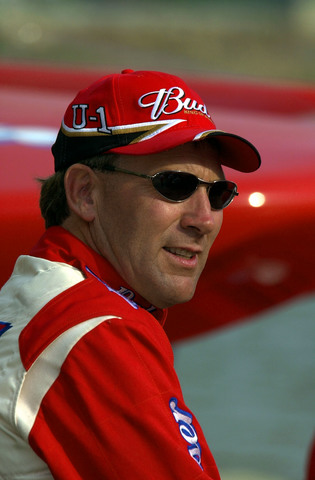 Everyone that has watched modern Unlimited Hydroplanes race has seen the so called "second roostertail" of spray that comes off the skid fins in a corner. That spray is very indicative of the tremendous loads these fins carry when the big boats enter a turn. It…

The three-point hull design of racing hydroplane caught on in a big way in the years just prior to World War II. Most of the early three-pointers were…

On our last full day in Doha, as planned, we went down to the pits and did the final prep on the boat for shipment. Hatches were given a final dry-out where needed, covers put in place, hatch screw plates and internal hardware was sprayed down with rust inhibitor, and we placed the big plastic cover on the trip to keep it clean on journey home. Last word is that the boats won’t head out…

After going down to the pits this morning to finish packing up the truck and grabbing some pieces off the Gearbox to send home, we high-tailed it back to the Mariott, changed into some clean clothes, and went off on the “Safari”. Safari can mean a couple different things, but this particular connotation involved a 4-wheeling caravan out into the Qatar desert and sand dunes, about a 45 minute ride from Doha.

We had a caravan of about 8 vehicles, mostly Toyota Landcruisers, Nissan…

Day Three: The Thrill of Victory...but not for us

Today was the conclusion of The UIM H1 Oryx Cup. The two big winners as you all probably know by now were Dave Villwock, who not only won the Oryx Cup but picked up his 62nd career win, tying him with Bill Muncey for the sport’s winningest driver…..and Steven David who brought home his third consecutive Team High Point Championship for The Oberto/Madison gang. These are both HUGE accomplishments by any measure, and my hat is off to both drivers and teams for having such great… Continue

Your obedient correspondent is a little woofed tonight, so I don’t have a ton of piffle for you. The U-17 struggling with some overheating and fuel issues, so it was another late night in the pits while we pulled the motor, pulled the PT wheel out, changed a fuel control and got…

This morning, after working with the crew to reattach a chunk of the Blue Blaster, my shoulders are a bit sore in that special way that only comes from a good, honest, evenings worth of hydroplane crew work. It feels good, a familiar old feeling from a few years back, when I was an ‘A Team’ participant on the 1982 Atlas Van Lines Restoration.
I should offer a disclaimer right here and now: the ‘A-Team’ concept is wholly my concoction, my notion of how things are. It is not…
Continue 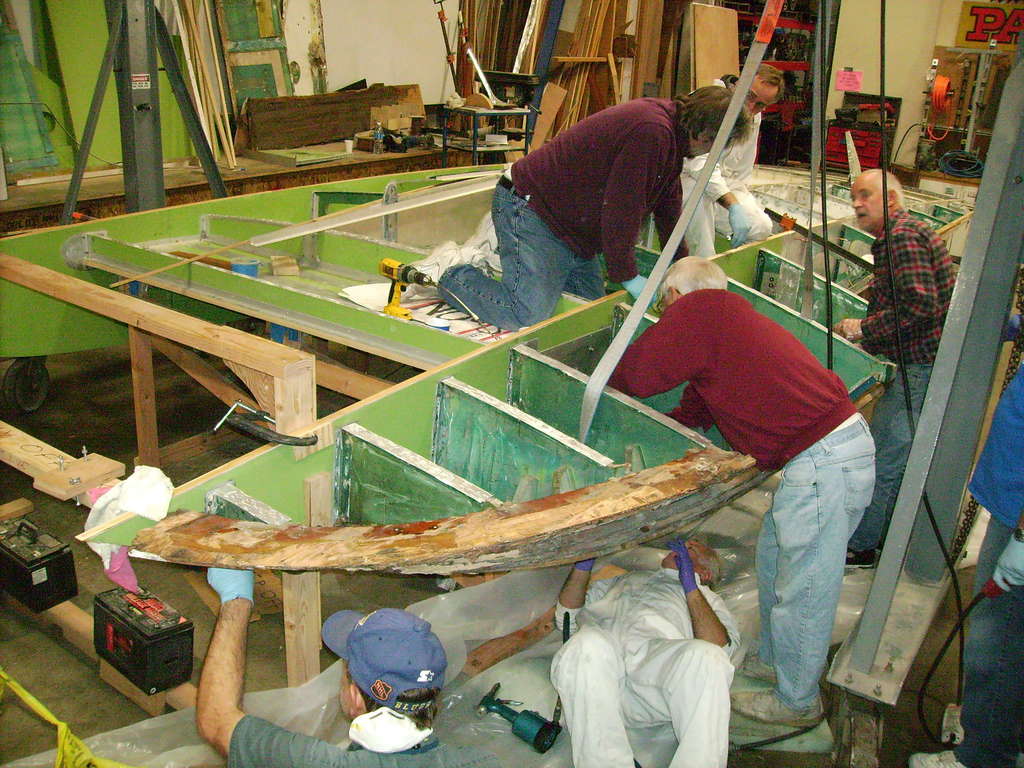 Day one of the Oryx Cup Experience is in the books. We started off with the breakfast at the hotel, which wasn’t too bad, although “Veal Bacon” is NOT Bacon. Make no mistake about that. There was a lot of setup to do on the boat today, so much of the morning was spent heads down, getting electrical systems back in the boat (we removed the boards after San Diego), getting the skid fin bolted on, mounting props, and doing all of that “first day at the race site” stuff. In a few days and for the second year in a row, the H1 Unlimited hydroplanes will be be competing in the Oryx Cup/UIM World Championship Race in Doha, Qatar.

Sanctioned by the Union of International Motorboating, the 2009 Qatar race marked the first time in their history that the Unlimiteds had ventured beyond the environs of the United States, Canada, or Mexico. Driver J. Michael Kelly and his GRAHAM TRUCKING entry emerged victorious in…

Made it to Houston, and am waiting to get on the flight to Doha. We board in about an hour. Word is there's free internet in the pit area, so GAME ON as far as blogging, time permitting. There's not much down time when you go racing with Nate.

Hopefully there will be a few less caterwauling infants on the international segment of this journey. I swear that there is an IBWC (International Babies with Colic) Convention going on Houston. They were all on the flight…

"Are you going to be like that Kid Again?"

A couple of years ago, Disney ran a commercial on TV. Like most of them, it featured some impossibly cute little window-licker kid tossing and turning in his bed. His watchful mother peeked into his room and said,"Johnny, aren't you asleep yet?", to which the the kid croaked back, "I'm too excited to sleep!"...because mom and dad were taking the family to the Magic Kingdom. Remember that one?

About the same time that a was popular, I was getting ready for my first season-long… Continue

In past summers, the calm of the thumb of water called Saginaw Bay that juts down into the mainland of Michigan has been shattered by the guttural roar of sleek, skittish hydroplanes. At the wheel of these bellowing… The date was set for Tuesday, October 23 1979, on Lake Washington. Like Bill Muncey, who had been a lot less than enthusiastic back in 1960 when Miss Thriftway owner Willard Rhodes wanted a shot at the propeller-driven water speed record, Dean Chenoweth didn't really want to have a go. But, like Muncey, he was a pro who was…